It’s been a while (nearly 30 years) for a full Sisters army to be available in 40K, so this release is going to be super exciting. As with a lot of Games Workshop box sets, this one is going to be chock full of value, selling for nearly 50% off the eventual price of the minis according to Bell of Lost Souls. As far as what’s in it, we know that an army codex, as well as 25 miniatures, will be found inside, and below you can see the details of each mini included in the box!

The goal of this army set may be more than likely to give hobbyists a taste of the most units across the board that are available to the army. Going off what we’ve seen with box sets in the past, here’s an idea on what we could see as well as the possible price of the kit!

After waiting for so long, you all deserved something very special, and that’s what this Sisters of Battle Army Set delivers. This packed box kicks off your Adepta Sororitas force in style. Including a swathe of stunning new plastic models and their codex, this one is dedicated to you die-hard Sisters of Battle fans as a reward for your unwavering faith.

Rumors on Bell of Lost Souls put this box price somewhere between $249 and $210. Because we want to be sure of pricing, we’re offering preorders at $210 with double member reward points. As you can see below, either price is a great value, but we want to get this out to you as soon as we can, so we can lock down our preorders and be sure you’ll get what you need, so we’re going to shoot for the lower number. Either way it’s a great deal! Don’t forget that this preorder automatically gets you 1 ticket to our Private Showing of Rise of Skywalker on December 22! 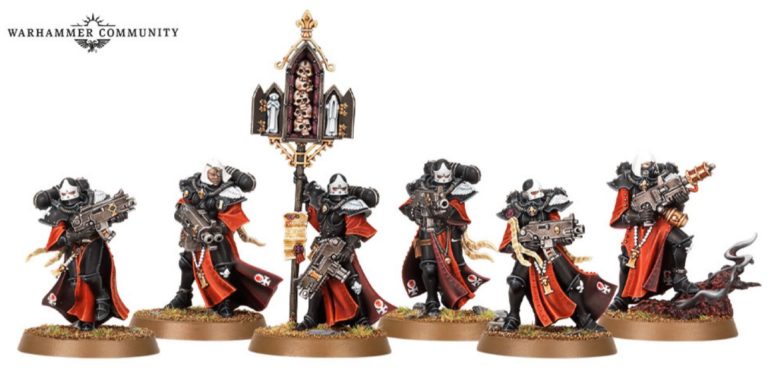 In every box set we’ve seen from the past, there are always some Troops. GW knows that they’re the basic building blocks of any real list. And with these girls being T3 and one wound, we could be seeing 10 minis of these girls. We’ve already got a rough price point on where GW may be situating these Sisters from an announcement they made earlier on. 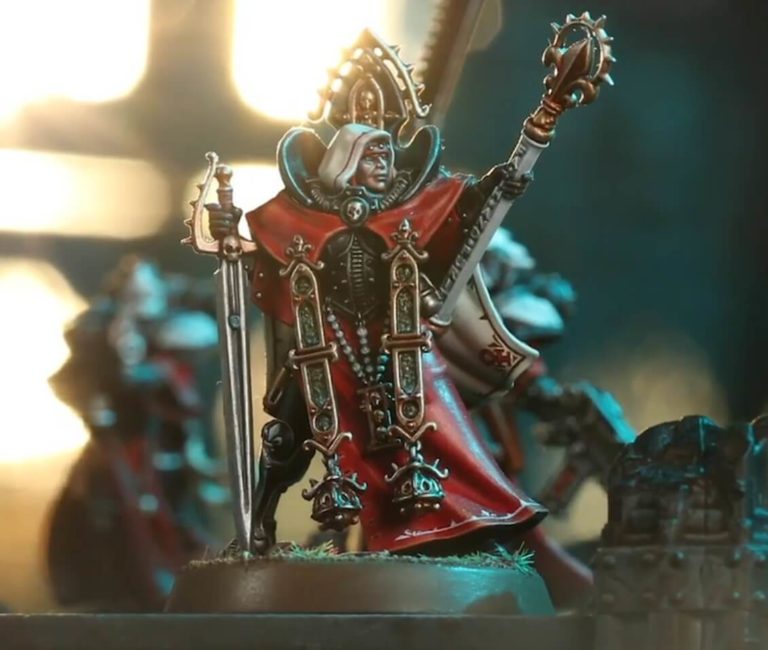 First seen in the video from above, the Canoness model was also given out as an exclusive at NOVA. This girl was found under the seat of every person that was lucky enough to make it to the in-house preview. Plus according to GW, she will be in this set as well.

Lately, it seems like every named/Primairs character coming in a clam pack ranges from $35-$40. While Sisters look to be scaled up, we may be seeing her value be about the same as well. 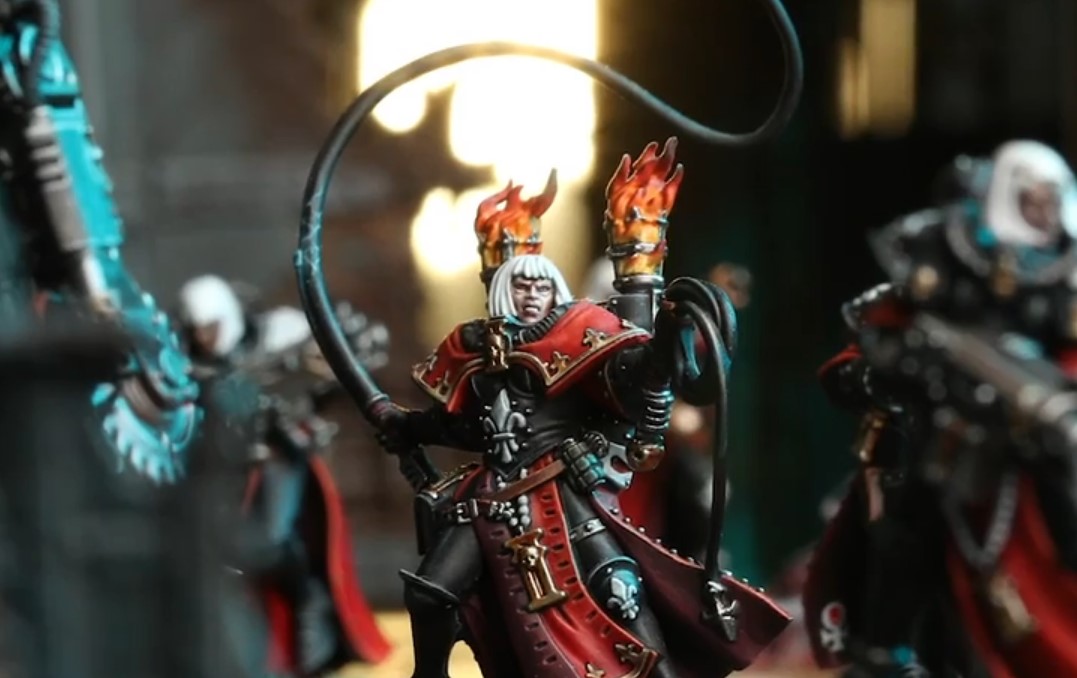 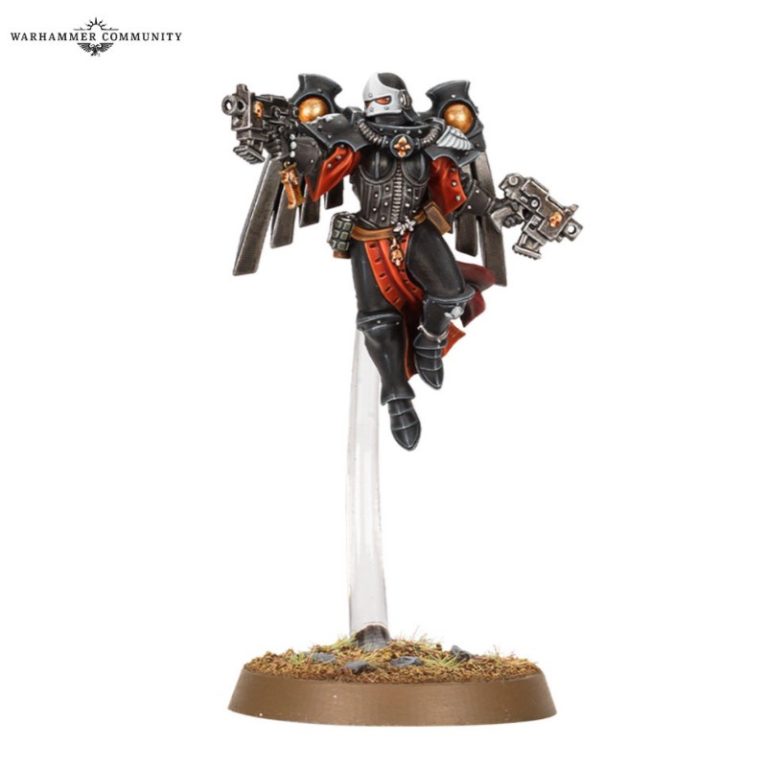 Being previewed in the video as well, they look to have five different model builds. However, the older Seraphim squads are sold as a squad of 10 on GW’s site for right now. All in all, these girls can be taken in a minimum squad of five as of right now. We could be seeing a group of three in the army set, as well as being sold as an individual kit of five models later on for around $50.

The Sisters Repentia are a less-popular unit from the Sisters of Battle army that don’t appear on the tabletop too often. However, now that we’ve seen a complete model rework, we might be seeing them make the cut for the box as well. The minimum squad you can bring them in right now is a squad of three.

The Repentia will more than likely come in more than a minimum squad for the Box Set. Being an Elites choice for the army, they’ll probably be coming in a box of at least five later sit around the $50 price point. 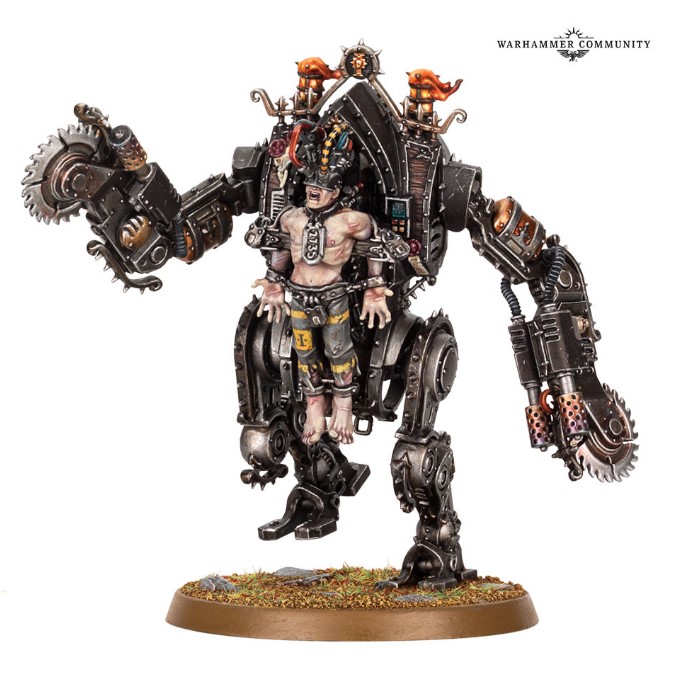 As for the norm of GW box sets, they usually also include some kind of light vehicle. We saw the Space Wolves get a Redemptor Dread in the Tooth and Claw box set as well as the Mechanicum getting two Armigers in Armourbane, for example. With the new Invictor Tactical Warsuit out costing $60, we may see a Penitent Engine thrown in the set and be sold individually for around $60 as well.

Other Characters
From the video preview, it is also possible that we’ll see the following characters sold separately and could slot into the 25 model army box quite nicely.

Mistress of Repentia $30
Sisters Imagnifier $30
We put them at what appears to be the new 2019 price of $30 for a character model. 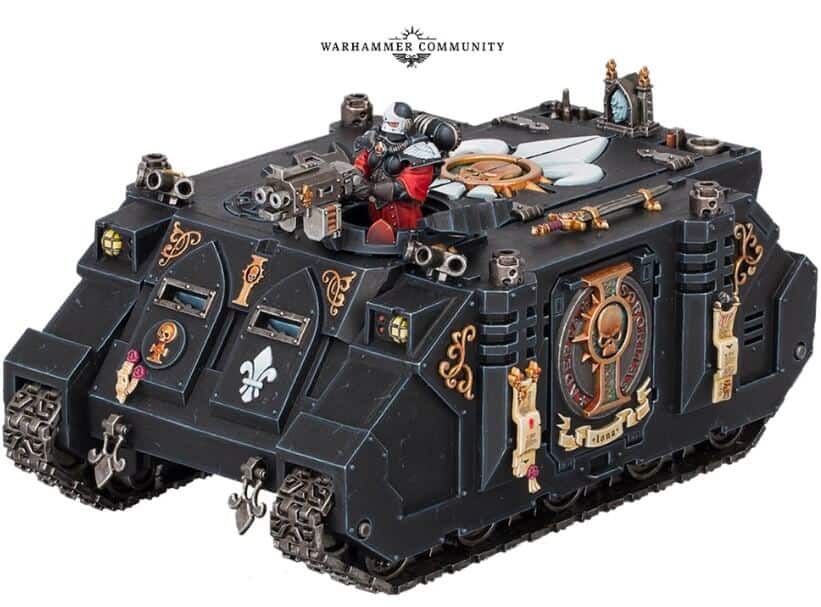 There is a possibility that the 25th model in the box will be one that was not previewed at NoVA as the after-hours Q&A had noted. Leading frontrunners could be just a Rhino, or perhaps the new Immorlator or even an Exorcist tank.

For this breakdown, we’ll just go with the basic Rhino model which currently is $45 for Space Marines.

Adding up all of the best guesses for the new minis:

While nothing is confirmed on the prices or what’s coming inside explicitly, this is just a decent shot in the dark. As for the army set value, we know that the Sisters models are the only thing coming inside along with a codex (probably being valued at $40).