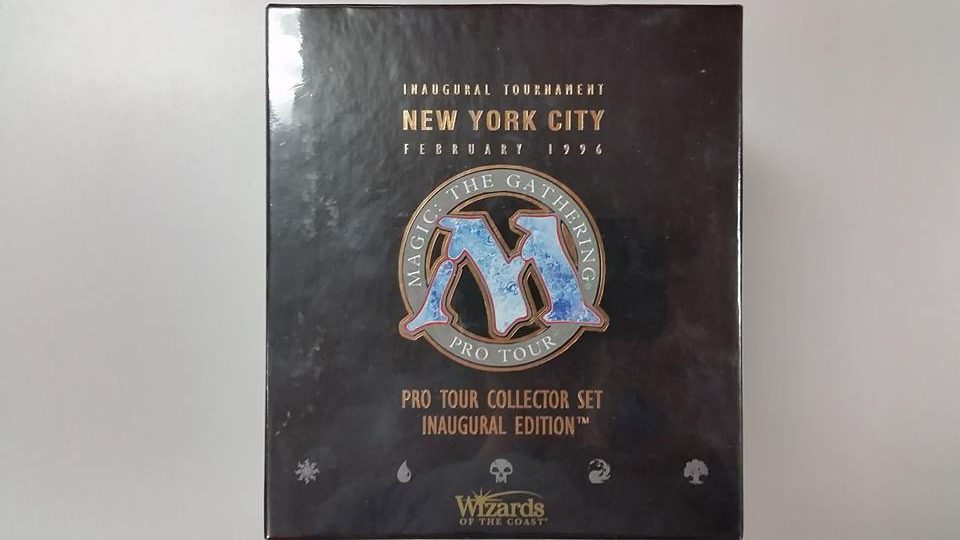 Stop by to check out this one of a kind, extraordinarily rare, 1996 Pro Tour Collector Set of the Top 8 decks at Magic’s first ever Pro Tour. Still sealed with a history of who has owned it, this rare boxed set is a sealed piece of Magic history. Most of the largest retailers have been sold out of this set for years, and it is extremely unusual to find one still in original packaging and unplayed.

FROM THE BOX:
“Imagine yourself among the final eight at the New York professional tournament. Contending for the first Magic the Gathering Pro Tour title, you draw the cards that could lead to Absolute victory over your opponent. Inside this collector box you’ll find the exact decks the top players used after the New York event.”

Michael Loconto. Mark Justice. Eric Tam. Play what the legends of the game played the first time the world watched Magic: the Gathering in this unique box set experience only available at Just Games. 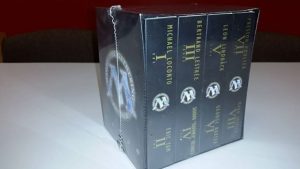 History of the Set

The best Pro Tour decks of 1996, eight in total were released all together in a Pro Tour Collector Set. Only 20,000 of these sets were produced, making this set approximately as difficult to acquire as a 9.0+ graded Rare from Arabian Nights. The set originally retailed for $125 US and became available in May 1996. They were the first of a series of high profile preconstructed decks for experienced players. Carefully chosen, they are imitations of the eight most successful deck archetypes present at the 1996 Pro Tour in New York. In order to avoid printing legal top rated tournament-level cards, all cards were made illegal for tournament play by printing them with a non-standard backside. Additionally the cards feature a golden border and have a gold signature of the deck’s creator. The back of the cards feature the Magic: The Gathering Pro Tour logo and are labeled “Inaugural Tournament New York City February 1996.”

Part of each deck is a bio card which provides some background of each player and a deck list card which lists the content of each deck. Additionally blank cards were added to raise the number of cards per deck to 90.

This Pro Tour used an interesting deck construction format, a variation of the Standard or “Type II” format. In addition to the usual restrictions for Standard decks, each deck was required to contain at least five cards from each of the legal expansions. Meeting this requirement without lowering the efficiency of the decks gave the deck-builders an interesting challenge.

These cards were written under Fifth Edition rules.