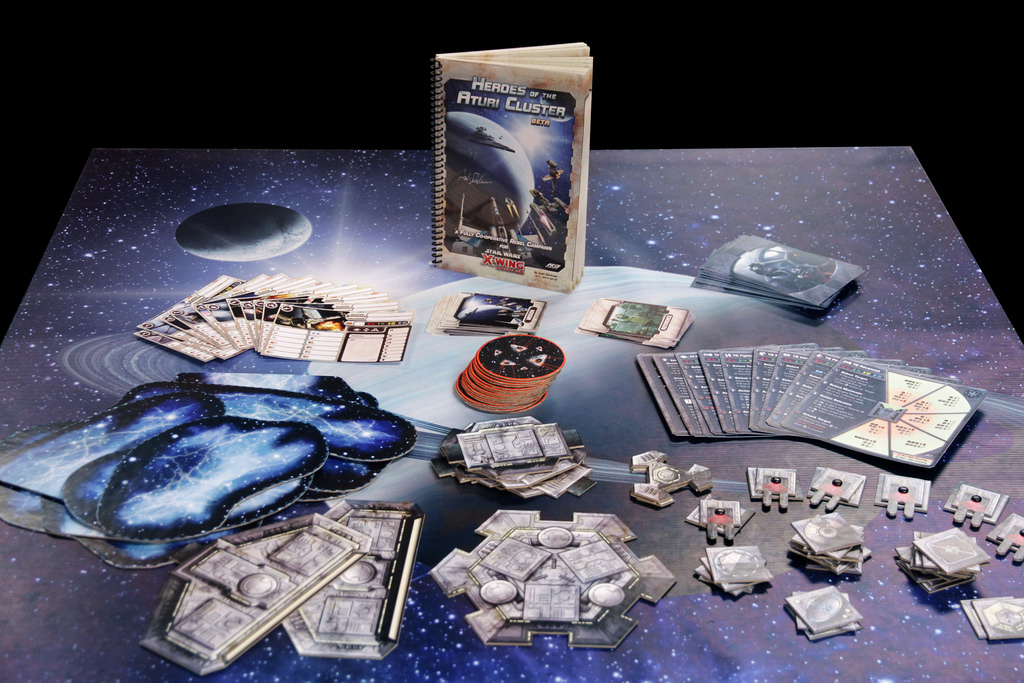 Join us as we play a 6-week campaign of Heroes of the Aturi Cluster, a cooperative X-Wing Campaign for 3-6 rebels and one dastardly Imperial game-master (the part of the Empire will be played by Jon). If you’ve played X-Wing and you’ve played D&D, imagine a hybrid of the two and you’ve got the right idea. It’s still space combat, but all the players battle against a single Imperial with superior forces and resources. The Imperial players ships are controlled by predetermined pilot behaviors, so the Imperial acts as part player, part referee, much like the Dungeon Masters in a D&D game.

This fully cooperative campaign contains a 15-mission campaign for X-wing by Josh Derksen. We are scheduled to play the first 6 parts, one part / week, for 6 weeks.

Read more about the details of this campaign through the link.
http://dockingbay416.com/campaign/

This league has a one-time $15 entry fee at the start of the campaign used to cover cost of ships (should they be required), prizes and mats for the tables. All participants will get a prize at the end of the 6 week run, and if there is enough interest we will option a “Part 2” league to run the last 9 missions.