If you haven’t heard, the weekly Commander achievement league at Just Games is stunningly fun! We have League Nights Wednesday at 6 pm and Saturday at noon, every week!

Each week you jump in with your deck and try to unlock themed achievements. Each achievement earns you a stamp on a ‘bingo’ style card, and each row, column, or diagonal earns you cool prizes. Fill the whole card an go home with $130+ in swag for your commander deck! This league will have a slate of new achievements, themed around the new Adventures in the Forgotten Realms expansion such as:

It will also include around half its achievements from the previous leagues card. Here’s a sample of last league’s card: 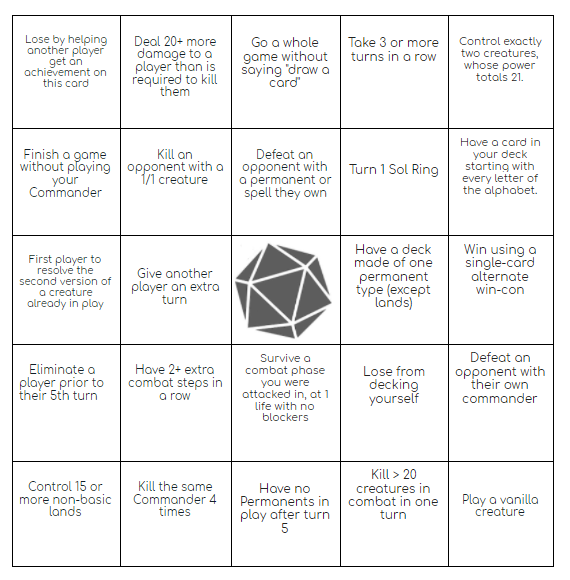 It’s crazy fun, it encourages creative deckbuilding and social play over winning, and that means anyone, at any level of experience, can do well and have fun playing this league! Cost is $5 per week. You’ll get your achievement card the first night you attend. Leagues run approximately 8 weeks.