A narrative investigation in Innistrad, using your Commander deck to play in the first ever Commander Party

A mystery is afoot in Innistrad, and two investigators (Jacob Hauken and Eloise) have called upon the YOU for help solving it. As you participate in this narrative Commander event, a video will play and a board update with your choices in each game affecting the outcome! When certain conditions are met, players will raise their faction cards into the air, changing the outcome of the story as you play! Each faction victory will change the game state at your table, and at the end of the 2 hour commander event, the faction that has accrued the most awards will decide the conclusion of the investigation!

All players will get a promo Conjurer’s Closet and a Harvesttide Mask. 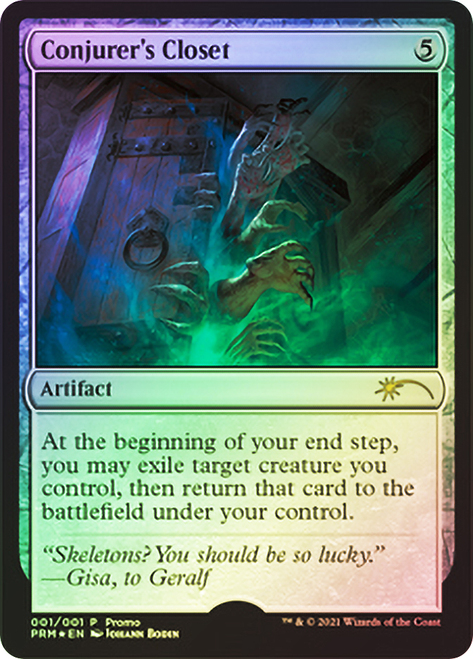 This event will replace our regular Commander achievement league, but you may stay after and play your regular pod, or count the game played during the narrative Commander Party if you prefer. Cost is $5