Through the mists of the Ethereal Plane shines the Radiant Citadel. Travelers from across the multiverse flock to this mysterious bastion to share their traditions, stories, and calls for heroes. A crossroads of wonders and adventures, the Radiant Citadel is the first step on the path to legend. Where will your journeys take you?

Journeys through the Radiant Citadel is a collection of thirteen short, stand-alone D&D adventures featuring challenges for character levels 1–14. Each adventure has ties to the Radiant Citadel, a magical city with connections to lands rich with excitement and danger, and each can be run by itself or as part of an ongoing campaign. Explore this rich and varied collection of adventures in magical lands.

Why is this book special? 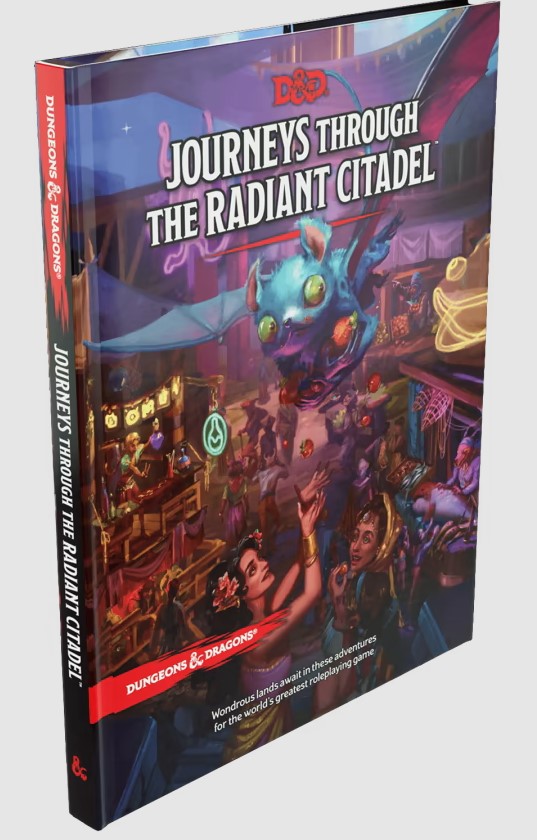 Journeys Through the Radiant Citadel will feature 13 adventures, and each features locations, characters, and monsters inspired by different cultures – writers on the project have roots everywhere from India, to Iran, to Thailand, and beyond. “Talented writers from around the globe came together to make something truly special”, says George. “There’s never been anything like this in D&D before.” Each adventure even comes with its own tailor-made pronunciation guide.

The anthology features some brand new D&D monsters, including the ‘Wynling’ seen on the book’s cover, the ‘Soul Shaker’, and the angel creature known as the ‘Pari’. It was also revealed at the press event that some first and second-edition monsters will also be returning, with creatures like the Aurumvorax hinted at making an appearance. According to Schneider, there are no new subclasses or D&D races in Journeys Through the Radiant Citadel, but characters can earn ‘charms’, a type of supernatural gift awarded based on a character’s heroics.