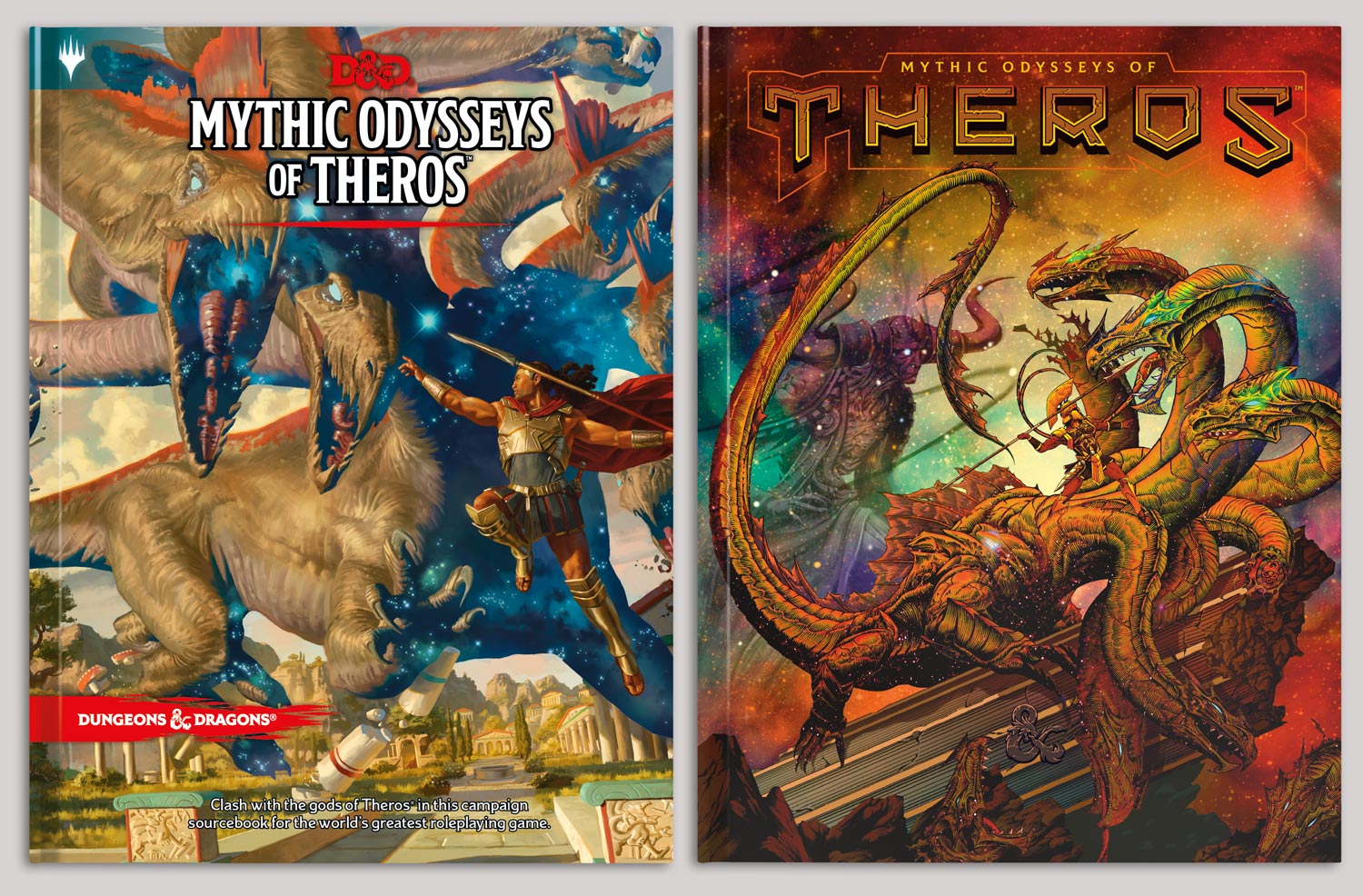 Clash with the gods of Theros in this campaign sourcebook for the world’s greatest roleplaying game.

Legends walk the lands of Theros, a realm shaped by deities and the deeds of heroes. From the temples of omen-speaking oracles to the five realms of the Underworld, the champions of the gods vie for immortal favor and a place among the world’s living myths.

Choose a supernatural gift that sets you on the path of destiny, align yourself with one of Theros’s fifteen gods, then carve a tale of odysseys and ordeals across the domains of mortals, gods, and the dead.

What legends will you challenge—mighty heroes, inevitable prophecies, or titans imprisoned by the gods? Where will destiny and immortal schemes lead you? And what tales will you leave behind, celebrated in the pantheon of myths and writ among the eternal stars?

An alternative cover with a distinctive design and soft-touch finish is available exclusively in game stores starting on June 2, 2020.

Thanks for shopping local and happy gaming!

COVID-19: Please note that delivery of products may be delayed. Thank you for your patience! Dismiss