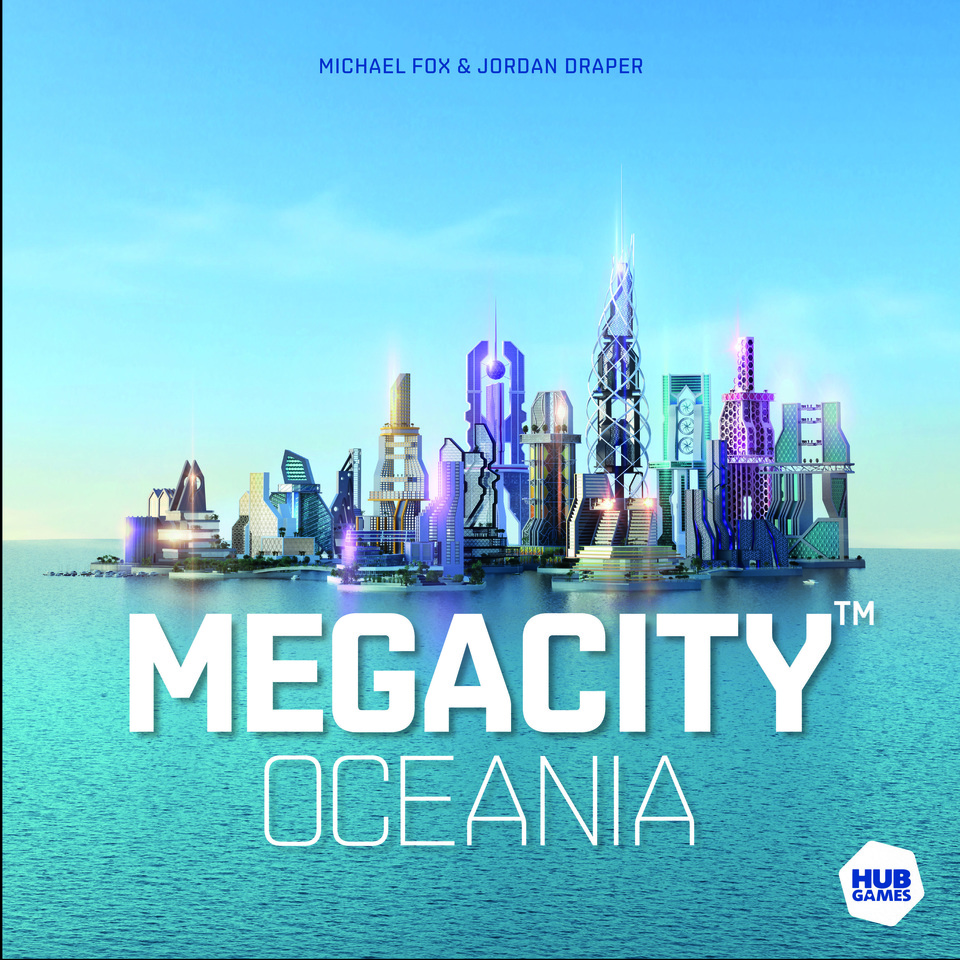 Matt’s take: I talked to Michael and Rory at Hub games over breakfast this last weekend, and two things came out of the conversation. First, they’re really really great guys, interested in pushing the boundaries of game design and getting really creative with this industry – which I admire. Their title, Holding On, performed so well last holiday season, and it’s because of this incredibly ethos and passion these folks have. And two, they have some KILLER titles releasing this year. MegaCity combines my favorite mechanics into a game where you physically have to build an architectural contract using “lego-esque” building parts. Then, if it’s successful, you need to carefully slide it into position in the appropriate section of the floating MegaCity. It’s a bit of dexterity, a bit of resource management, and entirely fun! I think everyone should probably own this game, but that’s because I’m super passionate about the title, and the theme, and the mechanics, and so on… check it out!

As always, preorders that are prepaid get double member reward points. Local pickup only.

The year is 2100. Faced with a booming population, the governments of the world combine their resources to develop a solution. Massive advances in science and technology have led to the creation of immense ocean-going platforms that can safely hold towering buildings. Linking these platforms together will create new floating MegaCities – and you are the architects tasked with shaping the first one, located thirty kilometres off the Gold Coast of Australia. This is the dawn of a new age… but whose name will become synonymous with the future of city building? 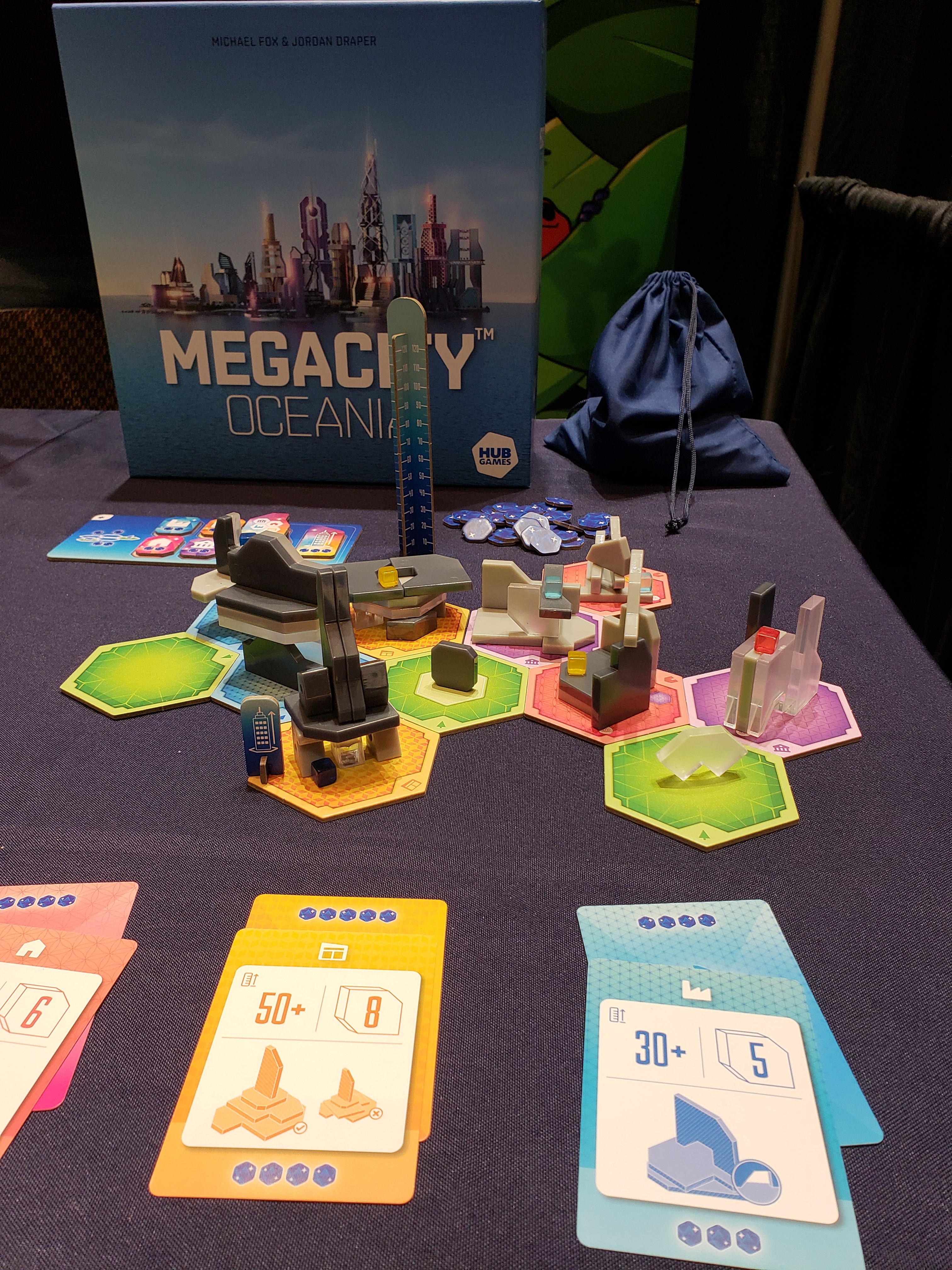 Here’s the game set up, with some contracts out and some tiles already built. Look for this on our demo tables soon, or preorder above!

Designed by Jordan Draper (creator of The Tokyo Series) and Hub Games’ own Michael Fox, MegaCity: Oceania is a game for 2 to 4 players where you will construct a unique city every time you play. Inspired by and using the block designs from Jordan’s 2018 release Tokyo Jutaku, we blended in contractual requirements and an easy to understand ruleset, making MegaCity: Oceania into a city building game like nothing you’ve seen before. Combining dexterity with solid building skills and a light Eurogame style, players must heed the demands of the urban planners and create buildings using the included blocks as they strive to gain the most prestige. Even better, as players build when it’s not their turn, there’s no downtime!

Players are driven by Prestige, which is earned by completing contracts, winning awards, and gaining bonuses throughout the game. You get two actions per turn, with choices including taking valuable contracts, hexagonal platforms and chunky building pieces. When you have a finished building that meets all the necessary requirements (minimum height, piece count and architectural element), you can then transport your superstructure to the ever growing city in the middle of the table. This tense moment requires all other players to stop what they’re doing as you float the building towards the centre of the table – quite the tricky thing to do when everyone has their eyes on you! And as all players are adding to a single city, you can be sure to see a range of design choices across the skyline every time you play – no matter what your style, everyone is in with a chance to emerge victorious.

MegaCity: Oceania inspires creativity through building, but combines that fun with a great gaming experience. Players are required to think in three dimensions as they attempt to meet all their requests, and are encouraged to build intelligently – after all, you can’t beat physics! Should a building fall while being transported to the growing MegaCity, you can claim pieces back and attempt to rebuild. However, if a collapse happens after the building has been added, players must decide how to deal with it – retrieve the fallen pieces and reuse later down the line, or leave the ruins as a testament to failure? Whatever happens, you will create something unique every time that not only looks beautiful, but acts as a reflection of the time you’ve spent together playing the game.