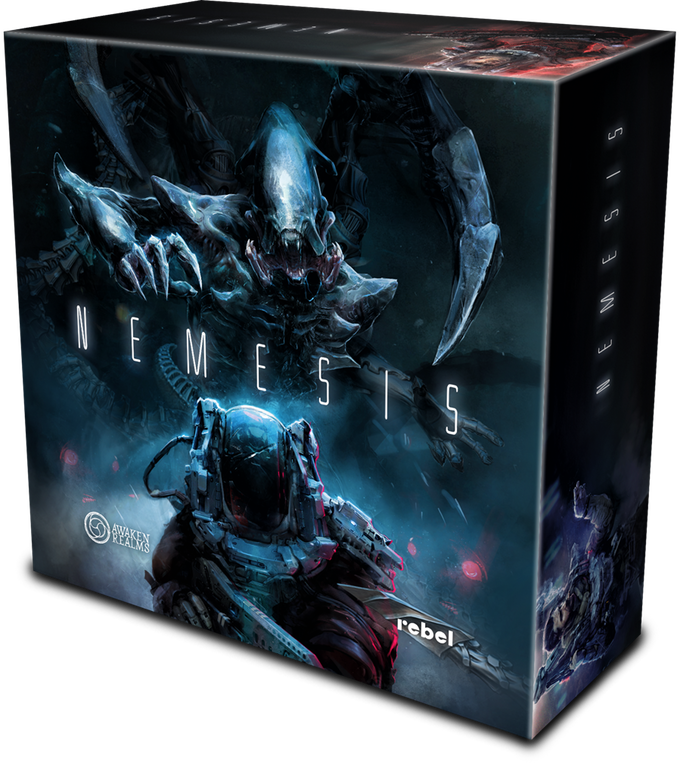 Kickstarted in late 2018, Nemesis is a cooperation game combining hidden objectives, survival and backstabbing in a survival horror science-fiction scenario. Coming to stores for the first time, Nemesis is a 1-5 player survival sci-fi game where players are woken up from hibernation as a crew of a space ship. The emergency procedure states that there is a critical system failure and the space ship can’t continue its cruise. The goal of the crew is to find what is causing this failure and fix the situation to safely return back to Earth. The main problem is that one crew member is dead. Somebody crashed his hibernation chamber and pulled his body out. In addition, if you listen closely, some additional noises and sounds can be heard. New ones, strange ones, ones that were never heard before…

Nemesis is a cooperation game combined with bluffing, backstabbing, and other elements of a science-fiction survival horror adventure. Rated 8.5 on BoardGameGeek, this game combines a lot of social deduction mechanics into a coop shell – if you liked Battlestar Galactica, Twilight Imperium, or Dark Moon, there is likely to be something in this game for you.

Nemesis offers one-of-a-kind gameplay, that you currently won’t find anywhere else in the board game world. Developed for over three years, it plays very well, provides good balance and contains a multitude of interesting mechanics. Early reviews were filled with praise, and we’re very excited to be able to offer this game. View the video below to learn more about Nemesis.