Formerly known as Regional Championships, Prime Championships are open events that draw in players from all over to compete, forming a central part of the Organized Play path that leads to the A Game of Thrones World Championship. Just Games will host a Prime Championship for Game of Thrones on Nov 30, from noon to 9 pm. At these rousing events, not only can you enjoy A Game of Thrones: The Card Game at a higher level, but you can do so with fellow fans who share your passion for the game. Prime Championships aren’t simply tournaments, they are glorious jousts where only the most skilled warriors of Westeros will rise up and seize victory. As you come head-to-head with some of the best competition around, you’ll be meeting new people and possibly even forming new friendships in your area!

The Prime Championships for A Game of Thrones: The Card Game are certain to offer a truly competitive challenge that will test your abilities as a player. Now, the time has come to don your armor, mount your steed, raise your weapon, and prove to your king that you have what it takes to become a Prime Champion!

Your participation in one of these spirited events will be handsomely rewarded, as the king has offered a feast of prizes for those willing to fight for his favor, including game mats, tokens, promotional cards, and even an invitation to the upcoming World Championship! These prizes feature a special emphasis on faction loyalty, so be sure to rally behind the house that best suits you. All of these prizes were previously highlighted in a recent article, but if you missed it or if you just need a reminder of what’s at stake, scroll down for the rewards or preregister below.

Join us for this melee variant either after the Swiss or after the main event, depending on attendance. This is a FREE Side event for players registered for the Championships, complete with playmats and promo cards for the victors!

You will soon discover that faction loyalty will be rewarded like never before at this year’s A Game of Thrones: The Card Game Prime Championship. To start off, players who place in the Top 8 of each individual faction will each receive a promotional character card. Among these characters, you’ll find a few new alternate art versions, including Devoted Bloodrider, Bastard Daughter, and Painted Dogs. 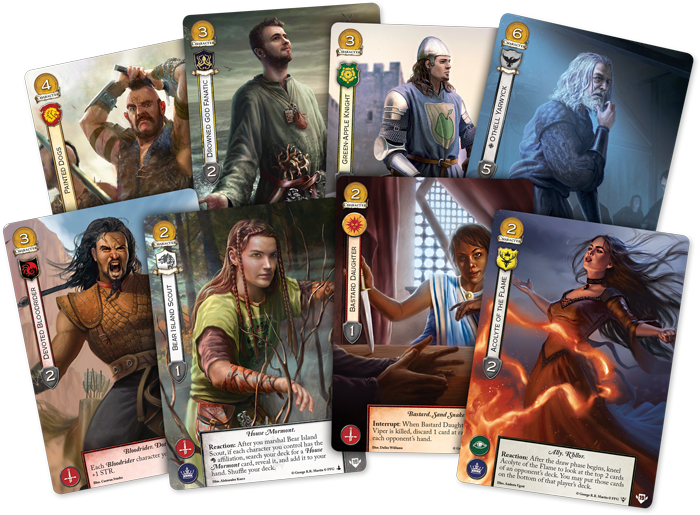 Players who fight their way into the overall Top 4 of the Prime Championship will be greatly rewarded. Each of these formidable players will walk away with a playmat featuring the largest of Daenerys’ dragons, Drogon, with artwork by Jokubas Uogintas. In addition, these players will also receive a full set of fifteen acrylic Hand of the King power tokens. Separately, the Top 4 players of each faction will receive an extended art promotional card. Among these cards, you’ll find alternate art versions of Dorea Sand and Janos Slynt. 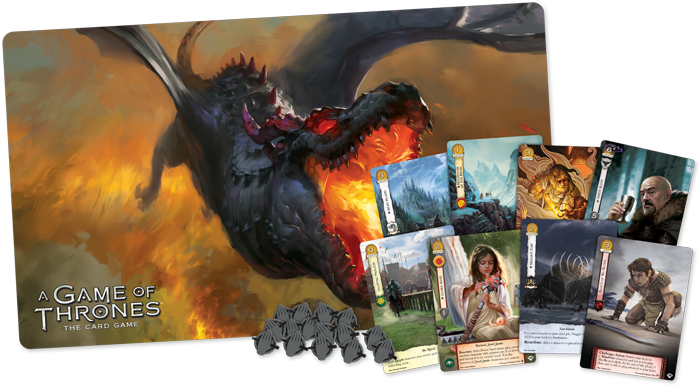 Both the finalist and the winner of the Prime Championship will each receive a full playset of each character card previewed below! Of these prizes, Jon Snow, Obara Sand, and Dacey Mormont are all featuring alternate artwork. The Top 2 players of each faction will also receive a playset of the character card from their chosen faction. Regardless of your overall placement in the event, as long as you perform well within your faction, you will be handsomely rewarded for your gallant efforts. 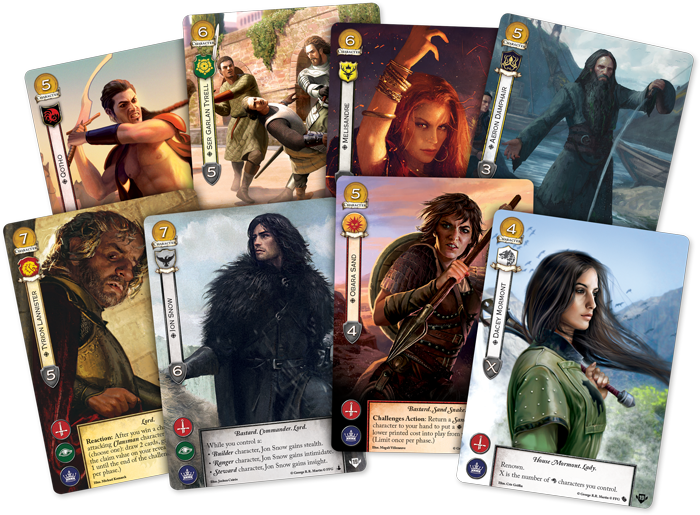 Those who demonstrate true loyalty and place higher than any other player of their chosen faction will be honored with a gorgeous playmat proudly displaying their faction banners. When the battle begins, will you remain loyal, or will you abandon your familial faction and side with another in pursuit of the ultimate prize—to be crowned champion? 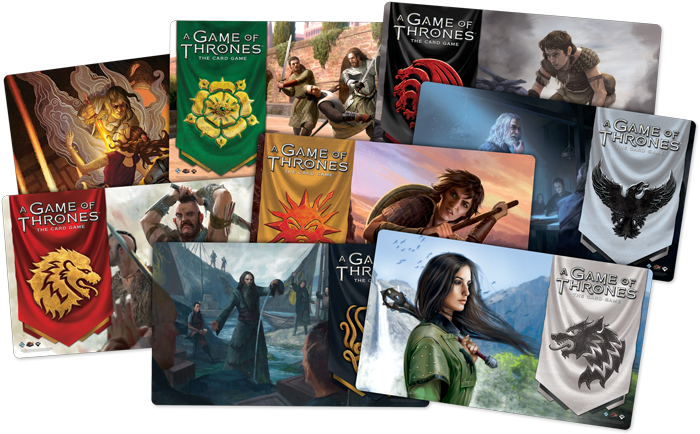 The winner of the Prime Championship will be awarded with a stunning playmat illustrating the parley at Storm’s End, with artwork by Joshua Cairos. They will also receive a Hand of the King metal token, which can be used as a first player token or simply as a small reminder to other players of the decisive victory that was struck. Last but not least, the winner will be granted a reserved seat at the next A Game of Thrones: The Card Game World Championship. 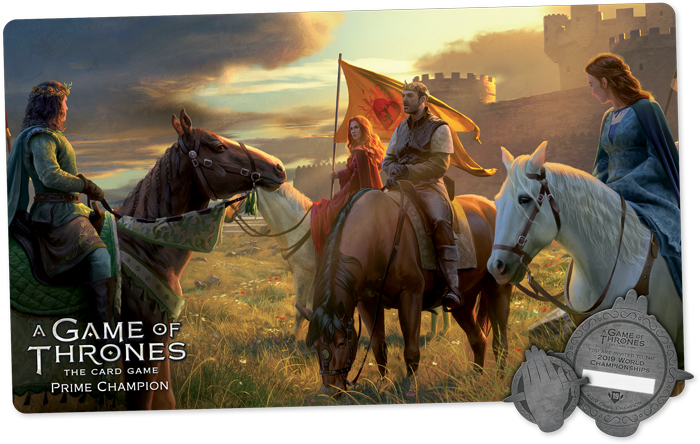 Send your ravens, gather your men, and make your way to where your enemies await. The time for enjoying the simple pleasures of life like the sweetness of a peach has passed. All that remains now is the bitter taste of blood and the dread of defeat. Raise your arms now and fight or die and become forgotten by history!