Now, a new direct-to-Modern set is on the horizon. Modern Horizons 2 is coming June 18, 2021, with the prerelease week happening June 11-17. Here’s all the info you need to know about the set. 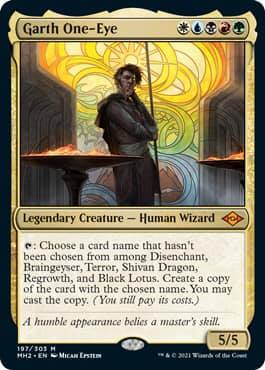 WHAT CAN WE EXPECT FROM MH2?

Speaking of booster boxes, the WPN has provided us some info on what products we can expect from MH2.

In addition to Draft Booster Boxes, Modern Horizons 2 will also feature Set Boosters and Collector Boosters. We’re excited to see what special treatment we’ll see on some of those Collector Booster cards!

Modern Horizons 2 will also have its own Prerelease Week events. Prerelease packs will include six booster packs of Modern Horizons 2, as well as a promo card. You also have the option to purchase a kit that includes 2 extra packs, at a discount off the eventual individual pack price. This is a good deal, and many players will want to take advantage of this prerelease special pricing.

Modern Horizons 2 Prerelease events begin June 4th at 3:00 PM local time and will last through the set’s release on June 11th. Game stores will receive MH2 product to allow player to play at home, and Wizards will be hosting Prerelease events on SpellTable for players to attend remotely.

For more info on MH2 Prerelease, check out this article from the WPN.

Preorder your product from Just Games